Occupied Roofs – What to Expect in the 2018 IBC

A question that is commonly asked on projects is how to classify the occupancy of occupied roof decks. Does the roof deck contribute to the building area? Does the height and area table (IBC Table 503) apply to the outdoor area? Under the 2015 IBC and prior editions, no guidance is given with respect to this issue. Some jurisdictions classify them as occupancies in the building and others do not, which can have a significant impact on the design of the building relating to construction type, fire protection systems, etc. To clear up the confusion, new language is being added in the 2018 IBC that will specifically address occupied roof decks as follows (new text is underlined):

503.1.4 Occupied roofs. A roof level or portion thereof shall be permitted to be used as an occupied roof provided the occupancy of the roof is an occupancy that is permitted by Table 504.4 for the story immediately below the roof. The area of the occupied roofs shall not be included in the building area as regulated by Section 506.

With this new change, the occupied roof will be classified as an occupancy in the building, and may or may not be limited in height based on the fire protection features provided. One important caveat associated with this code change is the height limitation on elements or structures enclosing the roof deck. The code proposal states that this was added due the concern that having walls or screens surrounding a roof deck could lead to firefighting challenges. Given that many of the new roof decks we have seen in the Northeast are well above the height a ladder truck can reach, we anticipate this limitation to be a common topic of conversation with the local fire departments.

Want to learn more about this code change and how it may impact/help your projects? Contact us at info@crcfire.com for more information. 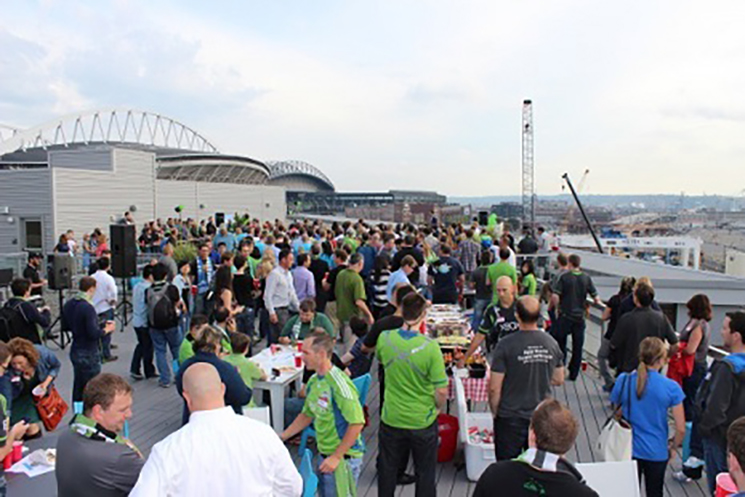